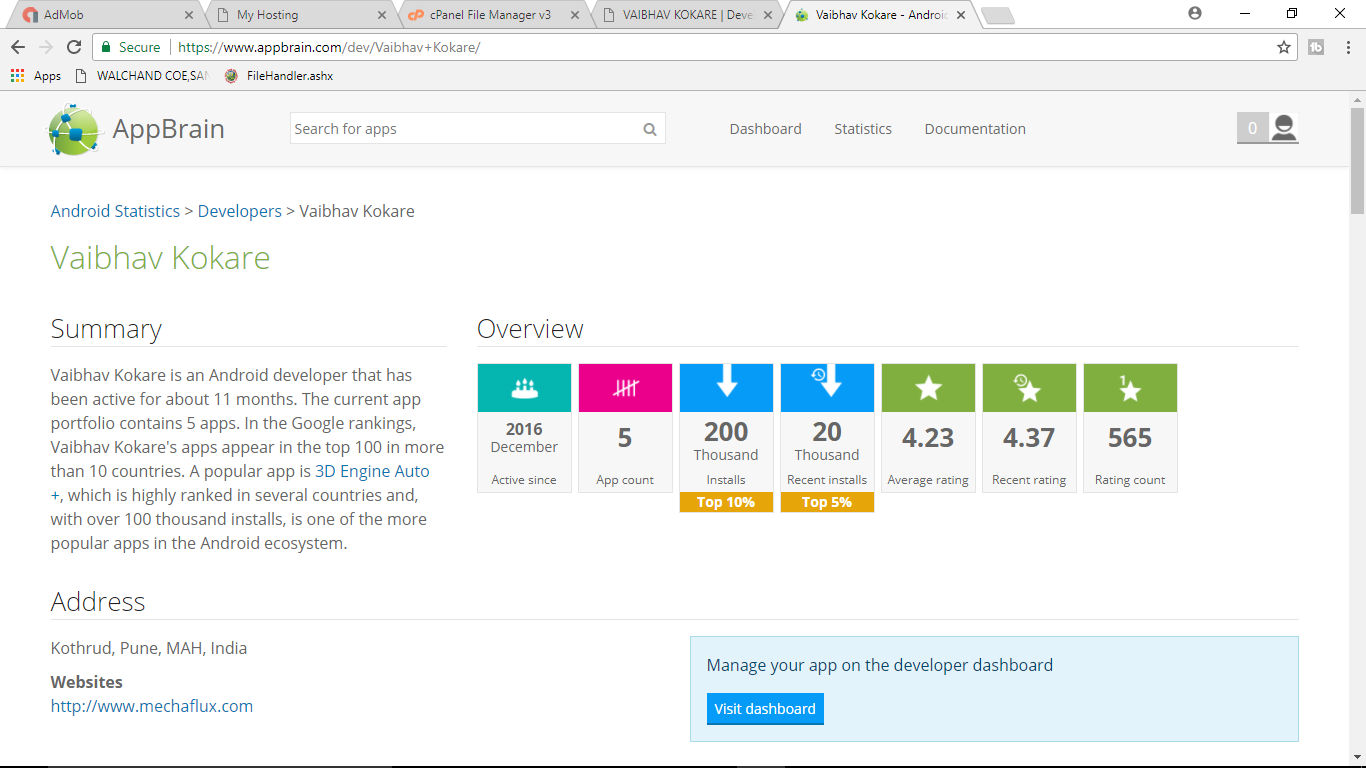 It has been a year since my first app release, “3D Engine Auto” in the Android Marketplace, and now I feel grateful to share with you all that the total downloads on total of my 5 apps have crossed 200,000 Downloads on Google Playstore alone. Few weeks ago, I deployed the “3D Engine Auto” app on IOS Store. Soon, other 4 apps will join the IOS Store too. The response of my apps is growing in Apple Market.

Recently, I have turned from Google Admob to  Facebook Audience Network(FAN) to monetise my apps. Thus, I mediated both the networks together so that ads served gained me higher eCPM.

In all year 2017 was really great and challenging for me. Year 2017’s hard work really paid off. Cutting sleep from 8 hours to 6-7 hours, doing exercise everyday, avoiding junk food as much as I could, breaking rules that society had set were the main reasons behind my app development success today. Following what my users wanted, made me make things that people were searching. Hope year 2018 turns out to be more exciting and worth remembering like this year. So, Merry Christmas and Happy New Year in Advance.